GLM is represented by committee members.

Neither the writer’s guild nor the director’s guild is eligible for CGGB membership but both act as trade unions for their members which is specific disqualification under the CGGB constitution.

Our Mission and Aims

The GLM is a nonprofit organisation which is based in UK. It is a hub of professional location managers working with the television, stills industries, events and films. It is formed in order to maintain quality standards of professionalism in the industry with regard to filming on location. The GLM is well recognised body in the UK and registered by regional film commissions and UK film council through the UK.

Our Aim:
• To promote responsible working practices and professionalism among our members
• To maintain standard and quality of film industry
• To strengthen and promote communication with those organisations with whom we work
• To provide quality platform where our members can share their thoughts and can exchange their ideas and views. 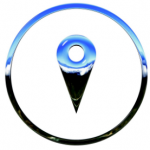